Testicle Shaving: The Ultimate Guide to Shaving Your Balls 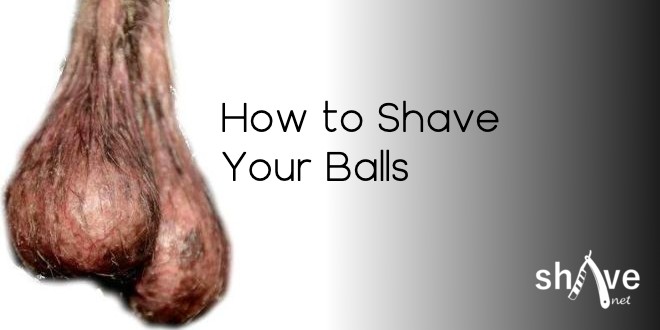 When was the last time you gave thought to your testes?

It’s probably something you don’t think about very often.

You’ve never been told there were products that would work well for your little boys.

On the other hand, large personal grooming product companies tell you everyday that you should scrub here, deodorize there, but in their effort to provide products everyone needs, they have avoided the taboo areas that likely need the most help.

Let’s talk about the issues inherent in your junk a bit.

Like your armpits, your crotch is an area of massive perspiration. In fact, due to it’s location, in some cases it gets more combined perspiration than both your armpits combined–especially for the desk-working man. Swamp butt is synonymous with swamp junk.

And, if you’re into manscaping–you know the cowardly process of removing all of your bodily hair–further exacerbates the problem by removing the very tool that helps reduce friction.

Not to mention the friction and chaffing that occurs in the most active, sports-loving men among us.

Finally, we have produced a product that solves:

Did we mention it provides a cool refreshment for the wayward traveler?

Stop making your testicles an afterthought. Think ahead. Get yourself some scrotum spray and take care of the nuts that take care of you.

Pros and Cons of Shaving Your Testicles (with a Safety Razor)

With manscaping your entire body all the rage these days, it may be worthwhile to take into consideration all aspects relating to shaving your junk. The process is not as “cut and dry” (pun intended) as many would suppose. Any time you consider taking a sharp item to your loose and tenders, you may want to think twice about the downside scenarios such a predicament presents. The risk is enhanced when men consider shaving their nether regions with nothing more than a standard double-edge safety razor.

The Pros of Shaving Your Testicles with a Safety Razor

Trimming and wet shaving your groin with the help of a good safety razor, certainly has at least a few hygienic and other benefits. Here we list just a few:

The Cons of Shaving Your Testicles with a Safety Razor

As a fairly broad term, manscaping can mean either a simple trim with the clippers or a complete wet shave of the groin. There is a big difference, particularly as it relates to doing so with a safety razor. How you approach your pubic hair trim, will depend on personal preferences. Here are some of the cons to consider in doing so.

Why You Shouldn’t SHave Your Balls

New masculine consumer trends are leading more men to take up the torch of manscaping. In doing so, some men are simply trimming the more publicly-visible areas (like the arms, legs, chest and underarms), while some are taking it to the extreme, including shaving their testicles. But, there are arguably many reasons to completely avoid shaving your balls altogether. We will discuss just a few of those here.

Your Balls Were Never Meant to Be Shaved

Of all the external parts on the male anatomy that naturally grow hair, the testicles are the area that is perhaps the least friendly to getting scraped with a razor. In fact, if you were to take a poll with the provoking question, “which area of the human body would be the least likely to get shaved?” the answer would most likely come back as the scrotum. Here are a few reasons why:

If balls were meant to be shaved, they would already come without hair. Yes, the same could be said for faces, but the difficulty differential in shaving a face vs. your balls is substantial.

While this may sound like the obvious statement of the century, it is important to realize that the male genitalia is probably one of the hairiest areas on any human being, inch-for-inch. That means the hair and cleanup requirements after a manscaping session of your little boys is going to be significant. You probably can’t just wash the hair down the drain as it could clog.

Shaving down there is more likely to leave stray short curly hairs in your bathroom, shower and even in your underpants, depending on where, when and how you performed your manscaping duties.

Shaving your balls is ill advised if you don’t want to clean up a hairy mess of pubes.

It goes without saying, but shaving your balls has specific and inherent risks associated. Both the scrotal skin and the accompanying “package” housed therein are tender items. Hurting one can cause direct damage to the other and irritate the general region. Taking a sharp object, whether it’s electric razor, a cartridge razor or a straight razor (please say, “no!”), holds risks to both your scrotum and testicles.

Unless you intend on manscaping your balls with a straight razor, the risk of you pulling one of these is greatly diminished, but that still doesn’t mean you do not run the risk of cutting yourself. A cut to the raisins may take more time to heal, but the sweat and chaffing down there could leave you walking bow-legged for days, or longer.

Public hair is also more susceptible to razor bumps and razor burn because the hair is naturally more curly. Believe me, a nick to the nads is not what you want.

No One Cares About Your Boys

Because your privates are most certainly meant to stay private, the number of people that are going to see your twig and berries is going to be relatively small. So, if your motivation for shaving your balls is strictly aesthetics, you may want to rethink shaving if only a handful of people might appreciate a tightly-groomed genital region.

Given that few people will see them and likely an even fewer still will appreciate the time spent or the aesthetics gained from a nice trimming, the hassle of going through the prickly stage of shaving down is likely not worth the risk.

In fact, it is more than likely that those viewing a completely groomed pair may be taken aback when they expect to see something different (i.e. hair) than the bald rat appearing before them.

Balls Were Not Meant to Be Attractive

Those that see and care may hold more weight, but when it comes to your balls, I would opt for function over form. There is quite literally nothing you can do to improve the look and aesthetics of the male anatomy. It is what it is. A little less hair is likely going to make it look even more weird, not less especially if anyone seeing it is expecting to see the latter.

Do yourself a favor, if you manscape, do so with care and caution, perhaps trimming your pubic hair around your testicles and penis, but don’t shave it. Everyone around you will thank you.

In short, there is a reason nature put hair on and around our scrotum. In some cases, nature is best left in its natural state. My personal preference is the occasional trim with s quality pair of electric trimmers, but I am too much of a sissy to risk taking a very sharp blade to perhaps the most tender area of my body. For those that like to turn their lion’s mane into a mouse head, that’s totally up to your own personal preference.

What’s your manscaping and testicle trimming and shaving routine? What works? What doesn’t?